"I feel rage," Evans told Esquire magazine in an interview for their April cover story. "I feel fury." 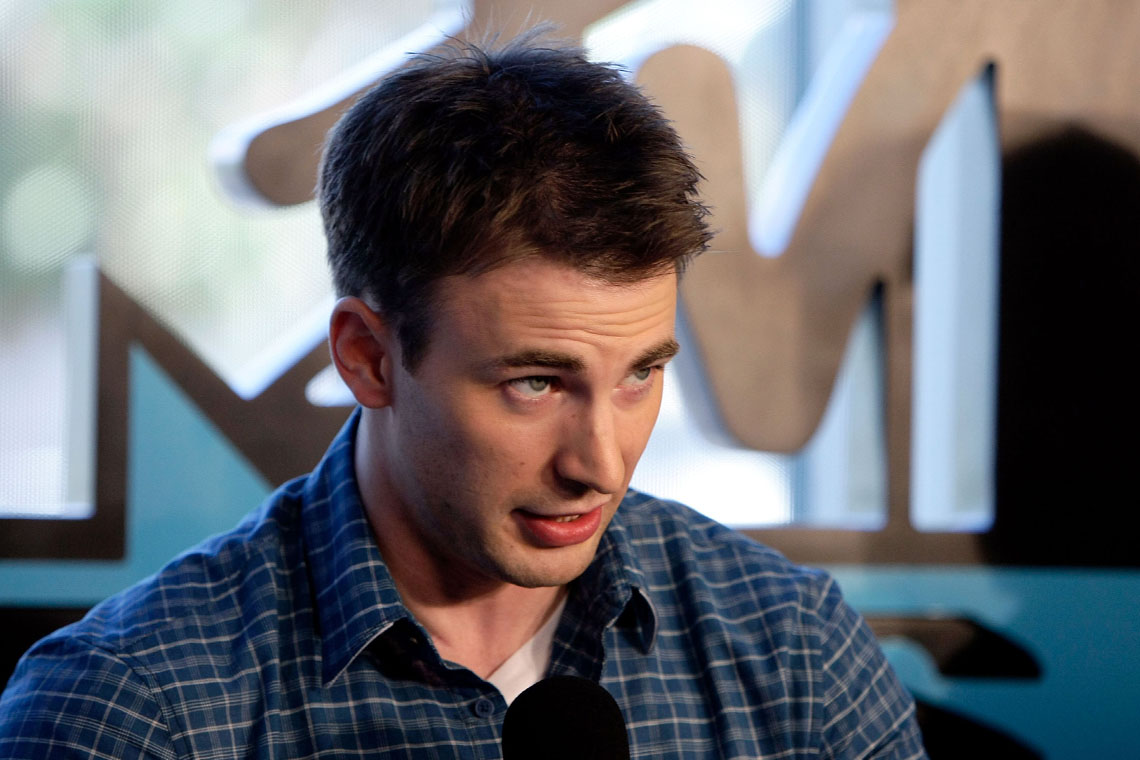 The 35-year-old actor, who was a firm Hillary Clinton supporter during the 2016 presidential campaign, isn't new to expressing his disapproval of the POTUS. He has publically criticized Trump on social media and even accused him of "energizing lies" back in November.

Evans explained to Esquire that while he realizes being outspoken about politics isn't a good business move for his career, he still feels the need to "speak up" against the president. 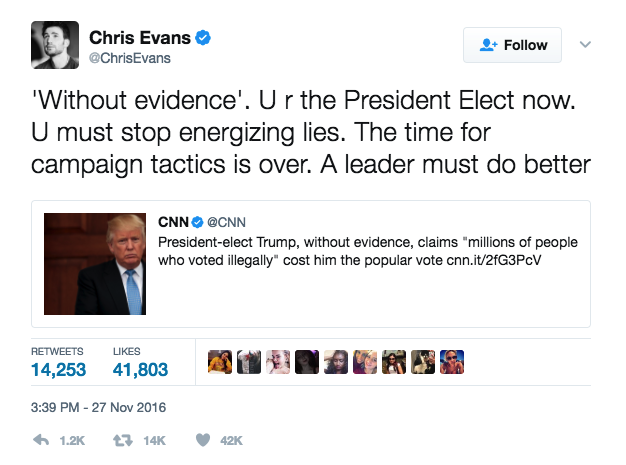 "Look, I'm in a business where you've got to sell tickets," he said. "But, my God, I would not be able to look at myself in the mirror if I felt strongly about something and didn't speak up. I think it's about how you speak up. We're allowed to disagree. If I state my case and people don't want to go see my movies as a result, I'm okay with that."

However, the actor also attempted to do some damage control following these statements, adding that, "not everyone who voted for Trump is going to be some horrible bigot."

“There are a lot of people in that middle; those are the people you can’t lose your credibility with,” Evans said. “If you’re trying to change minds, by spewing too much rhetoric you can easily become white noise.”

SHARE if you think Chris Evans' anger towards Trump is ridiculous and uncalled for!