Just when we thought today's youth couldn't be coddled anymore than they already are, this new practice in a California high school popped up proving that we haven't seen anything yet.

Laguna Hills High School, which is located in an upscale neighborhood, has reportedly removed all the mirrors from the girls' restroom. And, what did the school replace the mirrors with, you might ask? Signs of "positive affirmation." 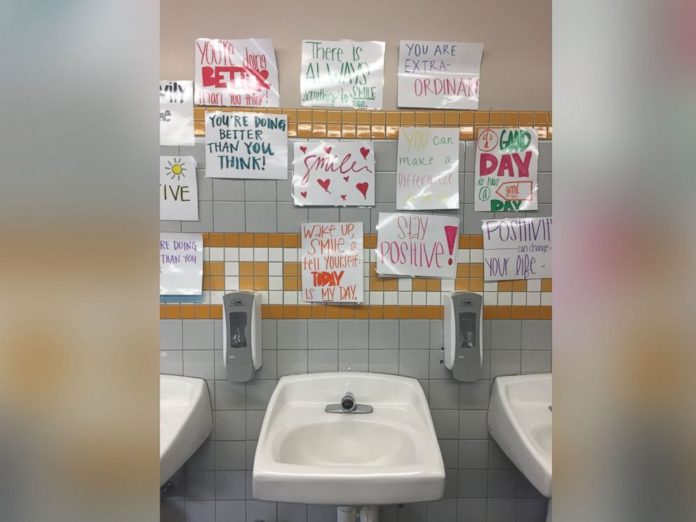 Apparently, Laguna Hills made this switch after a member of the “Kindness Club” suggested the idea as a way to "encourage unity" amongst the student body.

The student, 17-year-old Sabrina Astle told ABC News that she "wanted to find a way to make a difference" which is why she "started making the posters in the first place." The signs were originally posted during the school's "What If Week" which intended to join students together through kindness and unity.

"Each day has a specific message. The message for Thursday, March 23, 2017, was 'What if we showed more love?'" Astle explained.

Although the original plan was to simply hang the posters to boost positivity amongst peers, the school later decided to also remove the restroom's mirrors to really drive the message across. And, according to the school's activities director, Chelsea Maxwell, the response to "What If Week" was so positive that the school has decided to leave the signs up indefinitely.

That's all good and dandy, but what's a teenage girl to do when she runs to the restroom to pick a piece of broccoli from her teeth only to be confronted with a sign proclaiming, "You are doing better than you think!" Not to mention, it appears that this arrangement does not apply to the boys' restroom - is that really fair to the girls?

While encouraging positivity and self-worth is undeniably important, was it really necessary for the school to completely take down the restroom mirrors altogether? Couldn't they just post the signs around them? If you ask us, the whole arrangement seems to be a bit of an overzealous move, and not very civil to the female student body.