Just when you think President Trump couldn't impress us anymore than he already has, he does something so extraordinary.

The POTUS recently signed a bill extending the Veterans Choice Program at the Oval Office, and he even invited influential veterans groups to stand right by his side for this exciting moment. 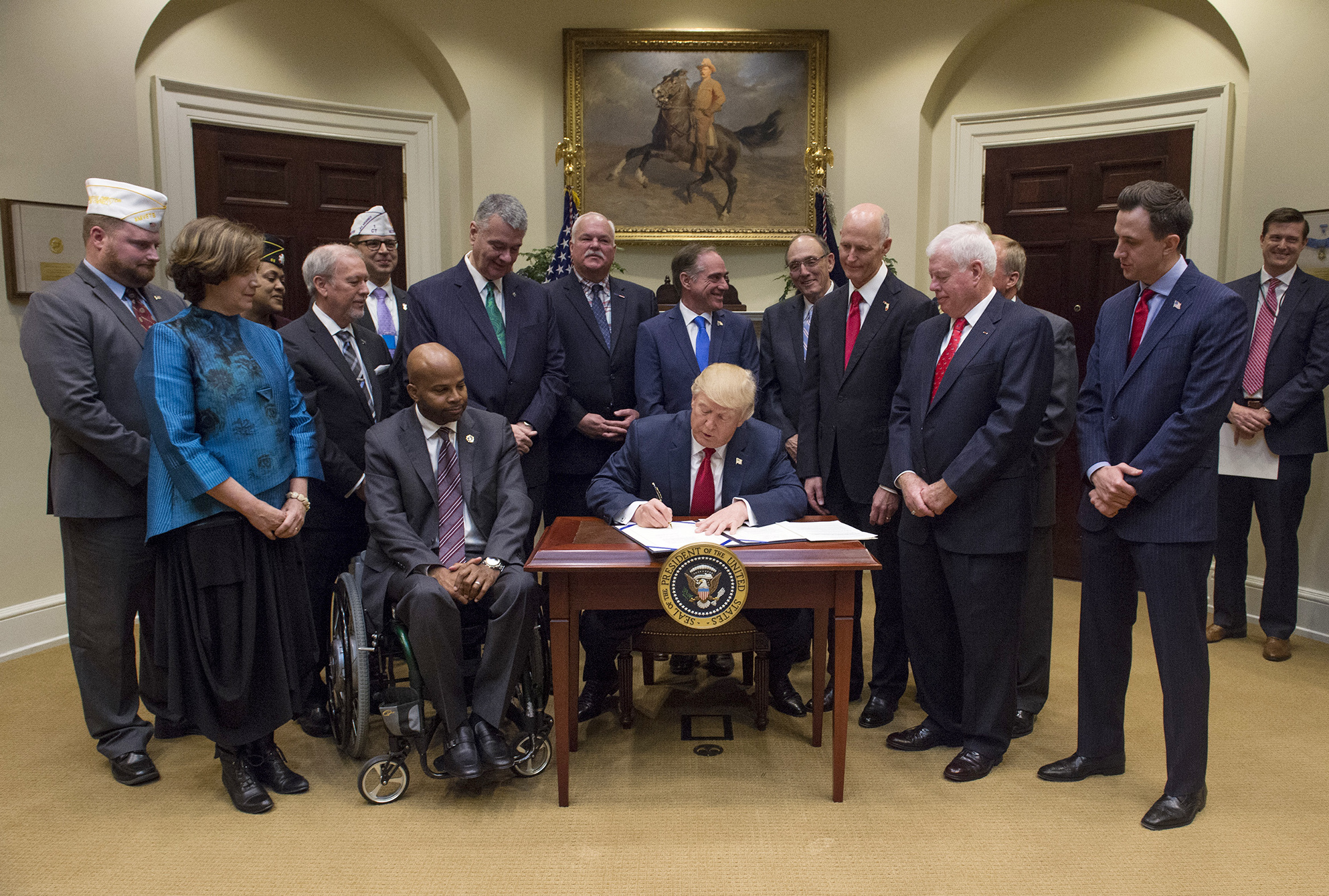 The program, which allows some veterans to opt for private care, was set to expire come August with almost $1 billion leftover.

The intention of the program is to provide veterans with more timely care by allowing them to go outside the VA network if they live more than 40 miles away from a VA hospital or can't schedule an appointment within 30 days.

“Some people have to travel five hours, eight hours, and they’ll have to do it on a weekly basis, and even worse than that,” Trump said. “It’s not going to happen anymore.”

President Trump was accompanied by Secretary of Veterans Affairs David Shulkin, who warmly praised the bill after the signing.

“This is a good day for veterans,” Shulkin said. "This is a great day to celebrate not only what veterans have contributed to the country, but how we're making things better for them, and by working together, we're going to continue this progress."

We couldn't agree more - what a great day! We look forward to witnessing the many other great changes we can expect from the compassionate Mr. Trump over the duration of his presidency.