Donald Trump recently held a rally for supporters in Nashville, Tennessee - but first, he made a pitstop for a very poignant reason.

President Trump visited the Hermitage, Andrew Jackson's home, to lay a wreath at his tomb. 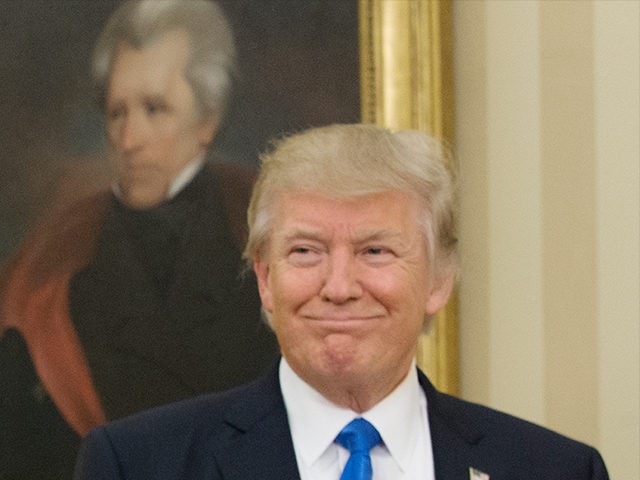 Trump has made his admiration for Jackson well-known and even hung a portrait of the former president in the Oval Office just five days into his presidency. President Trump idolizes the seventh president who was regarded as a self-made man that was historically elected the first commander-in-chief on a populist platform.

At the time of President Trump's inauguration, he described Jackson as “an amazing figure in American history — very unique so many ways,” and explained that he admired his predecessor’s “ability to never give up.”

As we know, Trump is similar to his hero in many ways - like Jackson, the president is driven and dedicated to making America a better place for the country's hard working citizens. And, although the president has found himself at the center of unfair criticism, Trump's team has often indicated the many ways he and his predecessor are alike.

“I’d say [Trump] is the best public orator since William Jennings Bryan, and he has a better sense of the pulse of the people than any President at least since Andrew Jackson," White House Senior Adviser Stephen Miller divulged to ABC News in February.

Whether or not you are a fan of Jackson's legacy, you can't help but admire Trump's touching homage his late predecessor.

SHARE to thank President Trump for this kind gesture!