It appears that Donald Trump's presidency is inspiring other Hollywood celebs to also run for the highest office in the land.

Dwayne "The Rock" Johnson revealed in a recent interview with GQ that a future run for the Oval Office is a "real possibility." 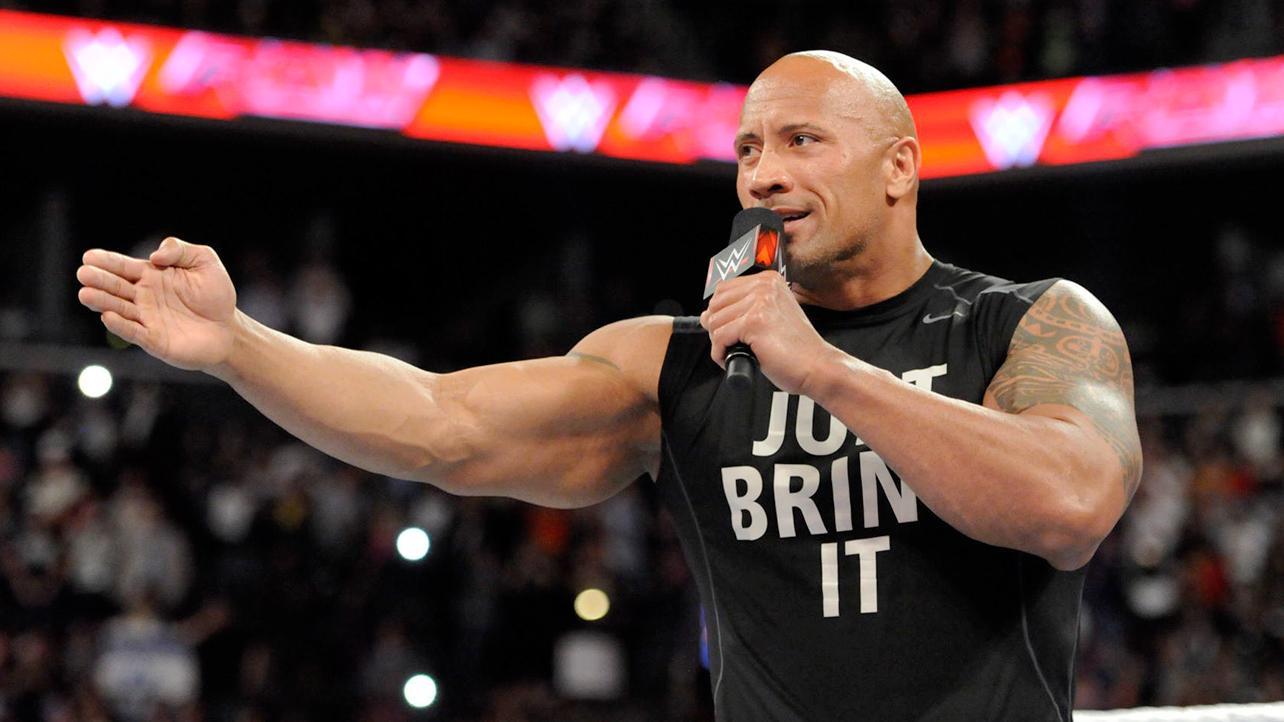 “A year ago, it started coming up more and more," he explained. There was a real sense of earnestness, which made me go home and think, ‘Let me really rethink my answer and make sure I am giving an answer that is truthful and also respectful.’ I didn't want to be flippant - ‘We'll have three days off for a weekend! No taxes!’”

The professional wrestler turned actor began to embrace the idea of a bid for presidency a year ago when an article from the Independent Journal Review listed the reasons that Johnson would make an excellent choice for POTUS - including that he is a man who "respects, and is respected by, both the military and law enforcement" and is "no stranger to hard work."

After reading the story, Johnson retweeted the article calling it a "cool piece." 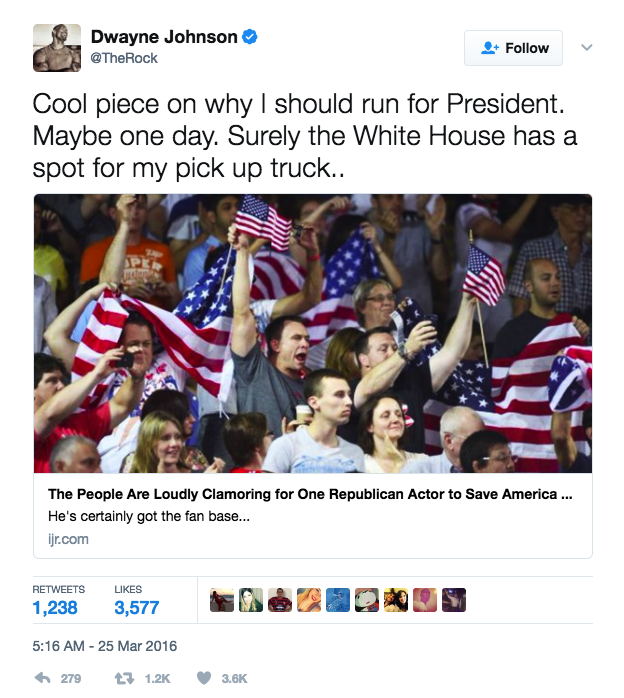 Although it's reported that Johnson is a registered Republican, there's no definite answer on whether he would run on a party platform, or act as an independent, since he didn't publicly endorse a candidate during the 2016 race.

He has, however, voiced his disapproval with President Trump's immigration travel ban.

“I completely disagree with it,” he declared. “I believe in our national security to the core, but I don't believe in a ‘ban’ that bans immigrants. I believe in inclusion. Our country was built on that, and it continues to be made strong by that. And the decision felt like a snap judgment.

I feel like the majority of, if not all, Americans feel that protection is of huge importance. But the ideology and the execution [of national-security initiatives] is where we really have to be careful of not making those snap decisions, because there's a tail effect... Within 24 hours, we saw a ‘tail effect.’ It grew to heartache, it grew to a great deal of pain, it grew to a great deal of confusion, and it had a lot of people scrambling.”

While we may not necessarily agree with the actor's opinions on the immigration front, it doesn't seem that Johnson would be the worst possible celebrity that could run. But regardless, it's becoming a bit ridiculous that all of Hollywood suddenly believes that they are equipped for a career in politics.