For the first time in more than 15 years, deaths related to heroin use have outnumbered gun homicides. And it has nothing to do with a drop in the number of gun-related deaths. 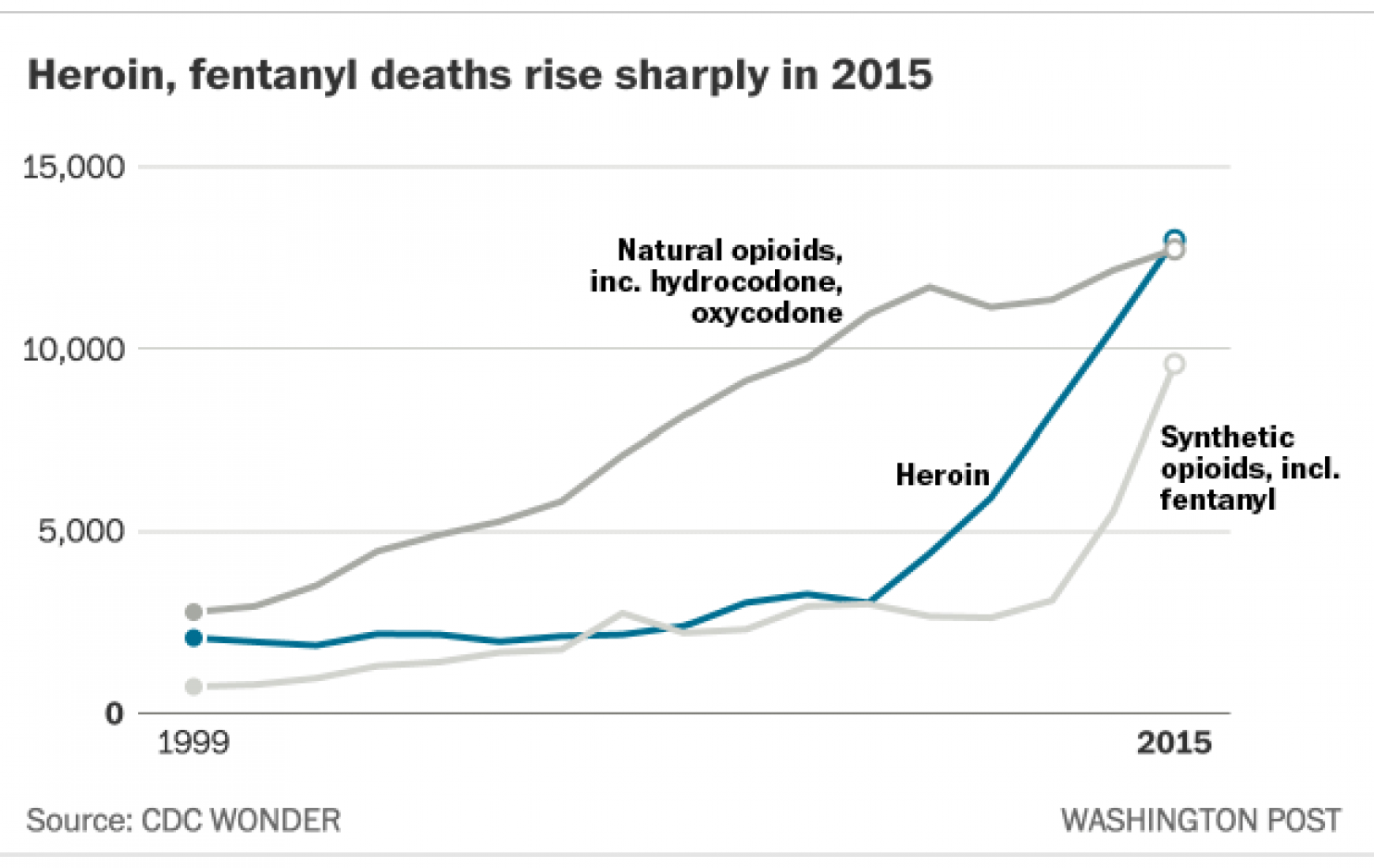 The alarming data comes from the Centers for Disease Control and Prevention, which reported 33,091 opioid deaths in 2015, quadrupling numbers recorded in 1999. Heroin deaths specifically rose 23 percent year over year to a staggering 12,989 in 2015, surpassing gun homicide deaths by just 10 cases. The slight difference may not seem incredibly shocking, but in 2007, gun homicides outnumbered heroin overdoses by more than five to one!

"I don't think we've ever seen anything like this. Certainly not in modern times," said Robert Anderson, the CDC's chief of the mortality statistics branch told the Associated Press.

The spike may be contributed to fentanyl, one of the deadliest drugs on the market that can be 40 to 50 times stronger than heroin. Some dealers cut their heroin with this toxic drug, leading to even more unintended overdoses. Between 2014 and 2015, fentanyl-related deaths rose by a whopping 75 percent.

Luckily, Congress recently passed a spending bill of $1 billion to fight the growing opioid epidemic, which includes money for prevention and addiction treatment.