It looks like excessive criticism from the left has caused Jimmy Fallon to cave into the belief that by treating Donald Trump with respect, he was letting his viewers down.

In an interview with Trump in September, the "Tonight Show" host embraced a more light-hearted approach for conversing with the then president-elect, disheveling his hair and joking with him about casual matters.

But, of course, Fallon's lack of Trump bashing didn't go over too well with his liberal fans. 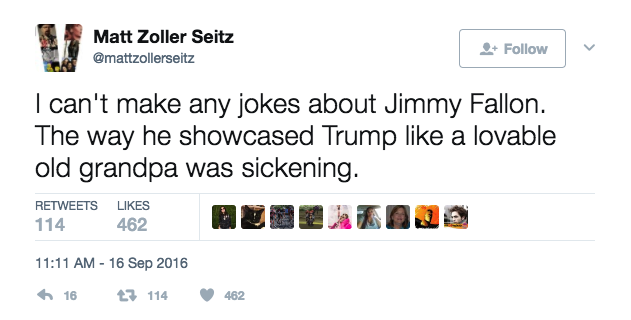 "I can't make any jokes about Jimmy Fallon. The way he showcased Trump like a lovable old grandpa was sickening," one viewer tweeted according to US Magazine.

So, in an effort to save face with his show's liberal demographic, Fallon sat down for an interview with The New York Times earlier this week to touch base on this "pressing" issue that has been garnering him hate over the past eight months.

“They have a right to be mad,” Fallon said, referring to critics of the interview. “If I let anyone down, it hurt my feelings that they didn’t like it. I got it.”

But, then, he went on to elaborate that his interview-manner was almost a tactic for downplaying Trump's importance.

“I didn’t do it to humanize him, I almost did it to minimize him. I didn’t think that would be a compliment: ‘He did the thing that we all wanted to do," the "Tonight Show" host explained. 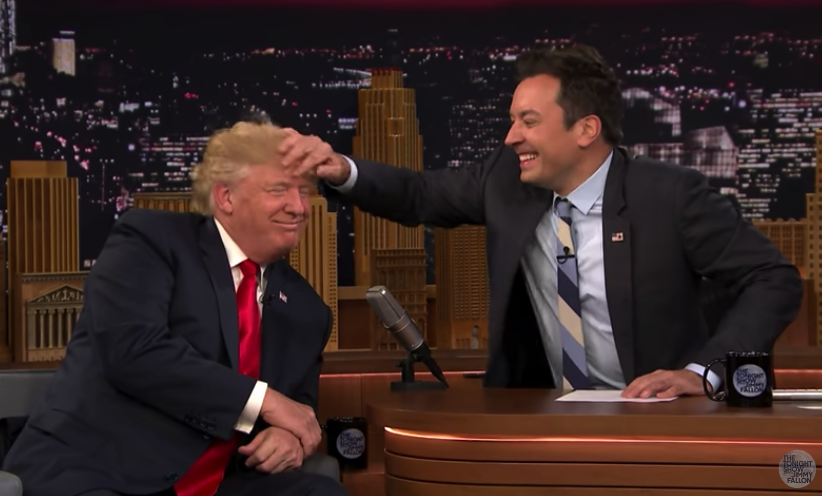 Fallon also continued on stating that he is a "people pleaser," and further explained that “If there’s one bad thing on Twitter about me, it will make me upset. So, after this happened, I was devastated. I didn’t mean anything by it. I was just trying to have fun.”

But, while nobody really enjoys being disliked, should it really bother the "Tonight Show" host that much that viewers were criticizing him for not insulting the President of the United States?

In fact, most of us probably respected Fallon more before when we thought that he was different from all the other talk show hosts, rather than we do now after him caving into the liberal agenda.

But, that's Hollywood for you - if you don't gang up on the POTUS, you eventually become a target yourself.