Obama Allowed 820,000 Illegal Immigrants Who Are Murderers And Drug Lords To Still Live In America

Barack Obama has refused to deport around 820,000 illegal immigrants who have been accused of murder, rape, drug offenses, and other serious crimes, according to a new report from the Center for Immigration Studies.

The alarming number, as noted by Paul Bedard from the Washington Examiner, is larger than the populations of Alaska, North Dakota, Vermont, and Wyoming. And of the 820,000, as many as 690,000 of those immigrants have serious convictions. But over the years, the number of illegal immigrants Obama has deported seems to have decreased. 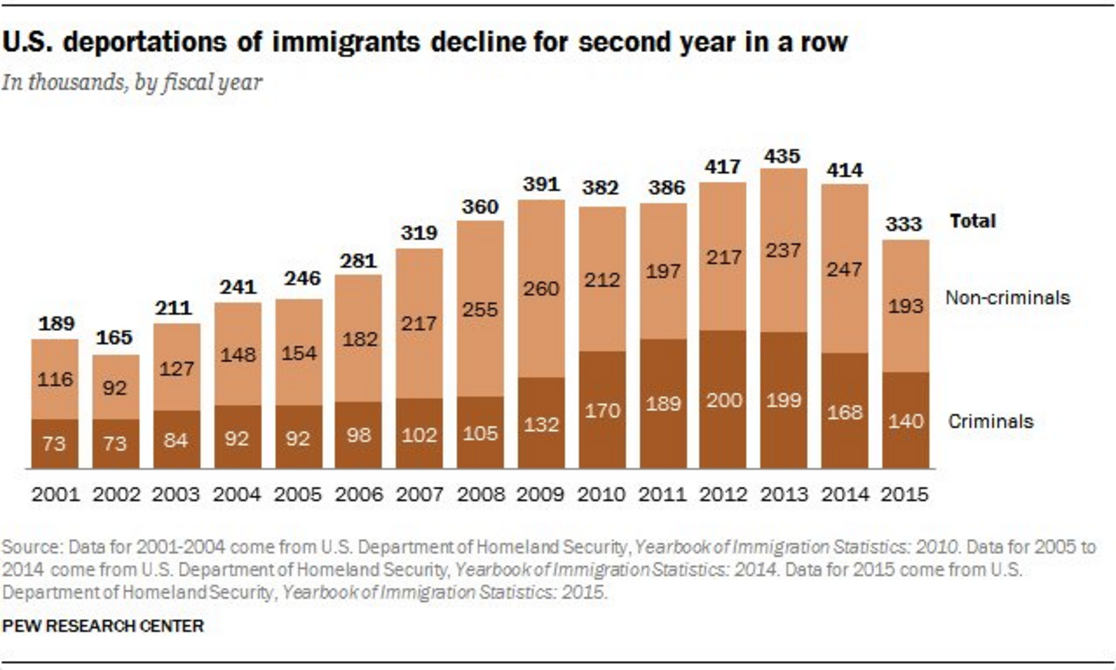 But regardless of the crime, CIS fellow David North argued that illegal immigrants shouldn't be here to begin with.

We can only assume these numbers will drastically change if Donald Trump follows through with his border control plans.