If you had any doubts that President Donald Trump will make American great again, here's yet another reason proving you don't have to worry. 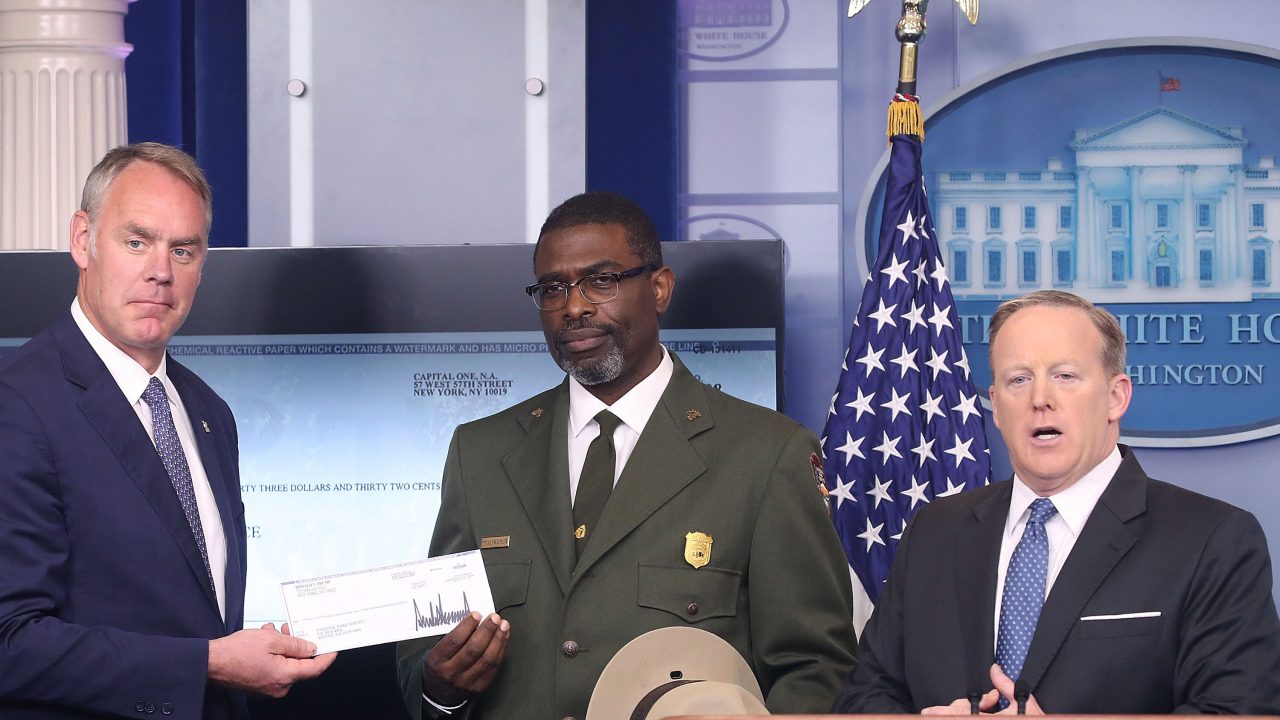 "The president has spoken with counsel and made the decision to donate his first-quarter salary to a government entity," Spicer declared at a White House press briefing.

Spicer then handed a check for $78,333.32 to Interior Secretary Ryan Zinke, stating that the check is Trump's salary starting from his inauguration on Jan. 20, until now.

At the briefing, Zinke stated that the donation would go towards maintaining historic battlefield sites, explaining "We’re about $229 million behind in deferred maintenance on our battlefields alone."

The president's generous donation further proves that bettering our country is his number one priority and that he intends on keeping his promises made throughout the 2016 presidential campaign. To refresh your memory - before Trump was elected, he vowed that he wouldn't accept the $400,000 annual salary that he would earn during his presidency.

While Spicer had left the big decision of which charity the funds should be donated to in the hands of the White House Press Corps, it appears that President Trump himself ultimately landed on the National Park Service.

“It’s a decision he made. Counsel presented him with several options. He believed... some great work is being done there, especially work being done to restore our great battlegrounds,” Spicer said.