If you thought that Hollywood liberal Rosie O'Donnell has learned her lesson about speaking ill of President Donald Trump, think again.

Recently, when presenting an award at the GLAAD Media Awards in New York City, the outspoken comedian decided to bring her hostile opinions of Donald Trump front and center to the stage.

“Why am I here, truthfully?” she asked, according to Perez Hilton. “Well, first of all, I’m still vertical after Satan won. That to me is a major accomplishment for someone who suffers from major depressive disorder.” 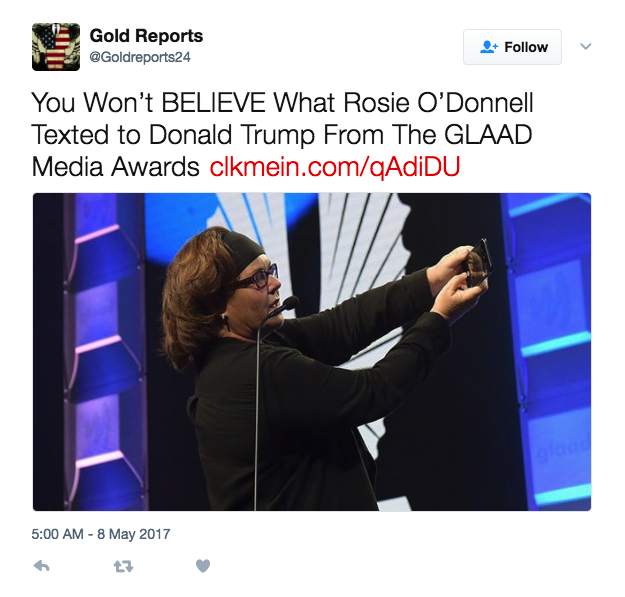 Hilton also reported that O'Donnell blatantly began texting on her phone, reciting her text message aloud: “‘F* you, Donald. From the gays.’ Sent!”

Sadly, we can't say that we're surprised by O'Donnell's foolish statements. The leftist celeb has been taking jabs at Trump ever since he began running for the White House and even publicly tweeted to the First Lady urging her to leave her husband back in March.

While O'Donnell's appalling antics have become predictable to say the least, it's unfortunate that we have to live in a world where insulting the POTUS has become the everyday norm.

But, for now, let's continue to show our support for President Trump and hope that these immature celebrities will learn to back down!