It seems that since Donald Trump has been elected as President of the United States, pretty much every irrelevant "celebrity" has taken a jab at our fearless leader.

And, after an appalling insult-filled rant on The Late Show, it looks like this week's Hollywood ignoramus is Stephen Colbert. 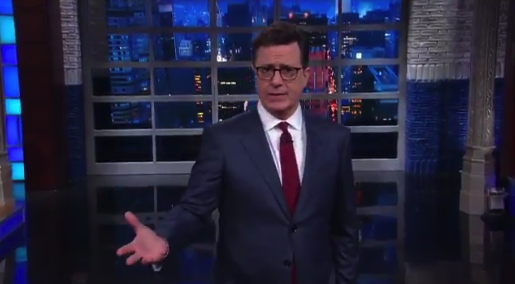 Colbert's derogatory monologue seemed to come as an attempt to defend his CBS colleague, Face the Nation host John Dickerson after Trump told the journalist that he "loves" his show and refers to it as "Deface the Nation" in an interview earlier this week.

"Donald Trump, John Dickerson is a fair-minded journalist and one of the most competent people who will ever walk into your office, and you treat him like that?" Colbert started. "Dickerson has way too much dignity to trade insults with a president of the United States to his face."

“I, sir, am no John Dickerson,” he then declared.

"Mr. President, I love your presidency. I call it ‘Disgrace the Nation,'” Colbert mocked. "You’re not the POTUS; you’re the ‘BLOTUS.’ You’re the glutton with the button. You’re a regular ‘Gorge Washington.’ You’re the ‘presi-dunce’ but you’re turning into a real ‘prick-tator.'" 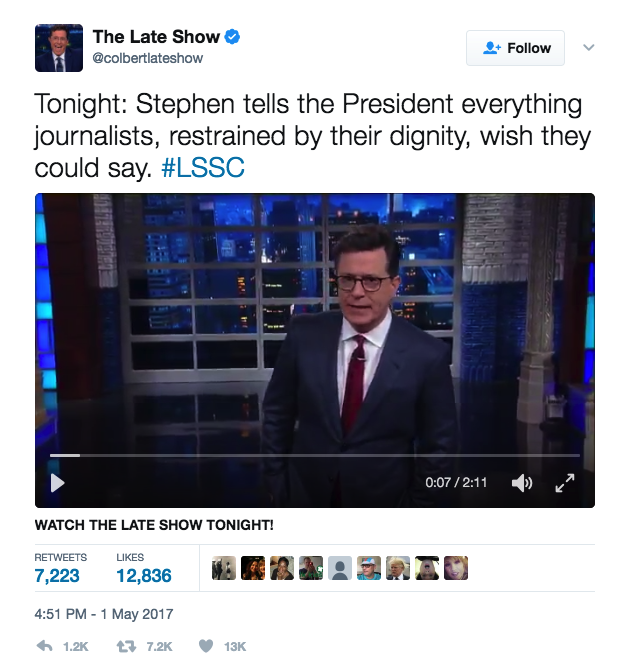 "Sir, you attract more skinheads than free Rogaine," he continued. "You have more people marching against you than cancer. You talk like a sign-language gorilla that got hit in the head."

But, he didn't stop there.

"In fact, the only thing your mouth is good for is being Vladimir Putin’s c* holster," Colbert disgustingly bellowed, to which the audience roared with laughter and applause.

"Your presidential library is gonna be a kid’s menu and a couple of ‘Juggs’ magazines," The Late Show host finally concluded. "The only thing smaller than your hands are your tax returns … and you can take that any way you want." 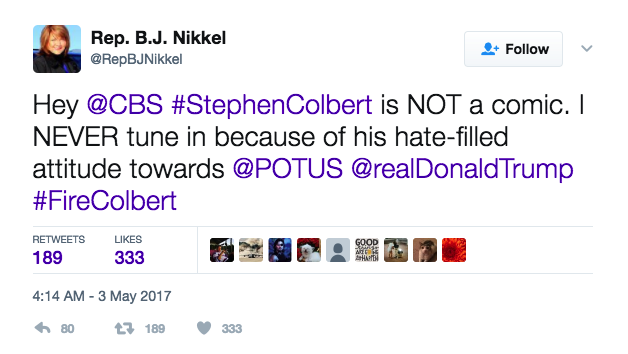 Of course, clueless libs commended Colbert on his vulgar rant, but not everyone is laughing. The hashtag #FireColbert has even taken off on Twitter.

Unfortunately, verbal aggression against the POTUS is all too common and we doubt that any action will be taken against the foolish host. It seems that "celebrities" can say anything they want these days and get away with it.