America is a country where you can say what you want without fear of prosecution or punishment. However, college students all across the United States are using "freedom of speech" to violently riot and protest President Donald Trump and Vice President Mike Pence.

Republican activists such as Ann Coulter are being told they are no longer welcome at certain universities, like UC Berkley where Coulter was supposed to speak, simply because university staff members and law enforcement officials refuse to do their job. Many claim they are worried about Coulter's safety, when in actuality, the student body needs to be under control.

Cliff Sims, special assistant to President Trump, had a lot to say on the matter of "freedom of speech" and college students' abuse of that right. "Free speech is the lynchpin of democracy here in the United States," Sims said during an interview. "As I watch personally what is going on out there, it is appalling.” 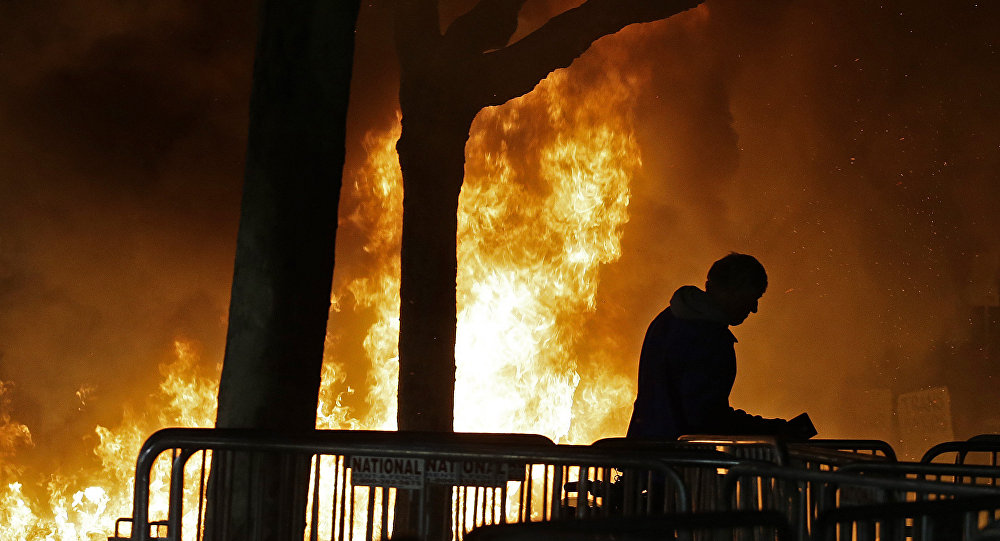 Appalling it is, Cliff Sims. It's time for these protests to end! Not only are Republicans being banned from speaking at universities, but serious and violent crimes are occurring at said protests.

"It is a sad state of affairs to the legacy of … a campus that has been a beacon – considered itself a beacon of free speech throughout the years," Sims continued. "And it is just disheartening to see that in the United States of America today that more and more free speech only applies to speech that you agree with."

Mainsteam media has completely swayed these young college students to the point that they are blinded by everything that comes from these leftist news stations. President Trump is here to stay, and no amount of protesting is going to change that.