While facing charges for leaving his post in Afghanistan in 2009, former American prisoner of war Army Sgt. Bowe Bergdahl is requesting a grant from President Barack Obama for a pardon. But Fox News Strategic Analyst and retired US Army officer Ralph Peters thinks the approval would be Obama's final move to betray our military. 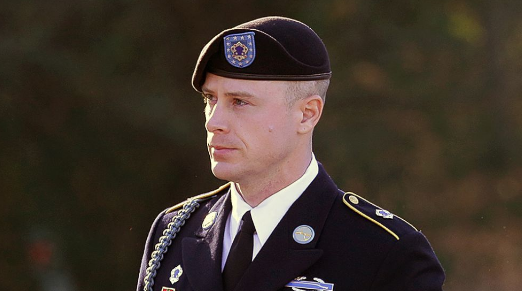 "He’s already imposed rules of engagement that protect our enemies, kill our soldiers and deny us victory," Peters wrote in an article for New York Post. "He’s targeted the US armed forces for social engineering, undermining combat effectiveness. He dishonored our dead by throwing away our hard-won success in Iraq. And he so emasculated our military that the world saw crying US sailors captive to Iran, disgracing the traditions of our fighting Navy."

Peters, who refuses to call Bergdahl a sergeant after he abandoned his comrades in Afghanistan, also believes that innocent men died as a consequence of the former POW's flee, which initiated a massive search that likely paralyzed more important matters.

"Through it all, the Obama administration seemed to regard desertion in wartime as the equivalent of skipping class," Peters wrote. "Team Obama refused to make public the intelligence reports revealing Bergdahl’s behavior. And then, in one of the whopping p.r. misjudgments of all time, the president traded five hardened terrorists and a ransom to get Bergdahl back, convinced that those serving honorably would celebrate his return."

During his campaign, President-elect Donald Trump called Bergdahl a "traitor," so it's probably safe to say he doesn't believe a pardon is justifiable either.

Bergdahl is scheduled to face a court martial on February 6, 2017.