While some celebrities are still having meltdowns over Trump's success, Tom Hanks is maintaining a positive outlook and hoping it grows.

According to Variety, the Oscar-award winning actor had a lot to say in his acceptance speech about unity after being honored for his film career by the Museum of Modern Art. 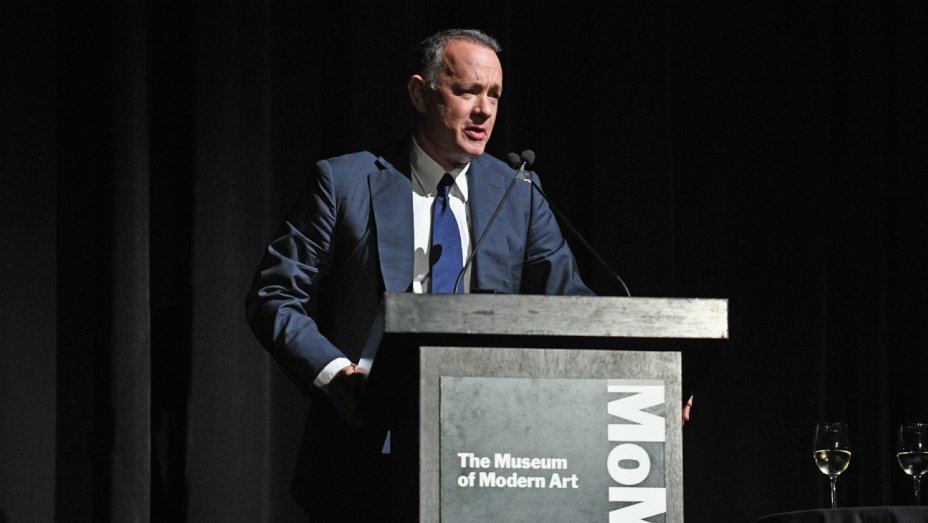 “We are going to be all right. America has been in worse places than we are at right now. In my own lifetime our streets were in chaos, our generations were fighting each other tooth and nail, and every dinner table ended up being as close to a fist fight as human families will allow.

We have been in a place where we have looked at our leaders and wondered what the hell they were thinking of. We’ve had moments with the administrations and politicians and senators and governors in which we have we’ve asked ourselves ‘Are they lying to us or do they really believe in this?’ That’s all right."

Hanks continued on to optimistically explain why Americans are “going to be all right,” and received a standing ovation from the crowd.

The famed actor has also explained that he is rooting for Donald Trump to do well in his presidency.

"This is the United States of America. We'll go on. There's great like-minded people out there who are Americans first and Republicans or Democrats second," Hanks told The Hollywood Reporter.